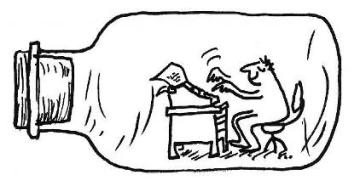 Many thanks to the fabulous Margaret Buffie, who has been paving the way for YA writers in Manitoba since her first book and who kindly asked me to participate in this Writing Process blog hop.

What am I working on?

I’ve got two things on the go right now. I’m cleaning up the manuscript of Bear City, a literary who-dun-it set in Churchill about fifty years from now, and I’m percolating ideas for my next novel, 25.

In the future world of Bear City, Churchill has some experimental farms nearby, but no polar bears. This flirtation with science fiction was a new challenge for me (social realism is not just my comfort zone, by my strength as a writer) and I found the research involved (I now know far more than I care to about what scientists, futurists and journalists are predicting might await us!) terribly fascinating. It also bent my imagination into contortions I hadn’t quite dared try before.

In the end, I finished the book still not bored with some of the things I was exploring (I was barely able to touch on, for instance, the incredible and all-encompassing urbanization of our planet that is going on right now). It got me thinking back to an experience nearly a decade old.

In 2004, I was invited on the Governor General’s Leadership Tour, a quadrennial event meant to bring together Canada’s “future leaders” and foster their growth as individuals and professionals. It gave me the opportunity to fly around our Arctic with Canadians ranging from professors and senior account executives to artistic directors and Crown attorneys. We met Desmond Tutu. John Ralston Saul drank dry Merlot with us. We debated values (civilly, of course) and presented milquetoast group projects to Adrienne Clarkson. You get the idea. The whole thing was excellent fodder for a burgeoning writer, and I knew one day I’d have to put it through the juicer. So in 2014, 25 was born.

Like Bear City, its plot will revolve around highly topical subjects — the emergence of global megacities, developed vs. developing world concerns — while its emotions will plumb the old, undying standards — romantic longing, envy, the underdog.

How does my work differ from others of its genre?

I guess my work has a hard time finding its genre.

The novel I just finished has a teenage narrator and other than the fact it’s set fifty years from now, it’s mostly a literary character study with a who-dun-it plot. Who will publish it, and how they will market it? I’ll keep you posted.

Why do I write what I do?

I was pondering this recently and the only word I came up with was “mercy.”

Unlike many writers, I wasn’t a real bookworm as a kid. I didn’t grow up in a “literary” household. Books were never my refuge or my escape as a young teenager.

But as I grew older, and began truly noticing the world around me, I began to write. Eventually in my professional life, in the non-profit sector, I wrote about people who were struggling, who were fighting to find their potential, who were doing their best despite having been dealt a shitty hand. And I realized that sometimes the only way to really express the complexity of human beings, to mourn for and to celebrate all we are, is through stories.

So I write a lot about young people who are lost. I write about failure, and the mystery of resilience, about being a romantic in an unforgiving world. And the only reason for this I can think of is that fundamentally, for me it’s all about expressing mercy, for our selves and for each other.

I spend much of my time writing speeches and news releases, hanging out with my fabulous family, buying and selling stuff on Kijiji. Writing fiction is my way of diving into the mess of life, of leaving my heart beating on the floor.

How does my writing process work?

Right now I work three days a week for the Manitoba Government and General Employees’ Union, and so I write fiction on Mondays and Fridays.

I’ve always got something on the go in one of three stages:

1. research, reading, and note-making for a story idea — this is always fun and can be done anytime, anywhere, ideally a good few months before you actually begin the manuscript.

2. “whole-brain-first-draft” work that requires a solid four hours in a quiet place, usually somewhere my kids are not.

3. refining and editing a manuscript that can be done while sitting outside a ballet class or once the kids are in bed.

To be honest, I don’t have a lot of time to focus on the “process.” A story nags at me until there’s enough shape to begin. Most of the time, I’ll write my ending scene while still a third of the way through the book — then I just have to figure out how to get there!

Stay tuned for upcoming blogs from the following fine writers who hopped on the blog-wagon with me! 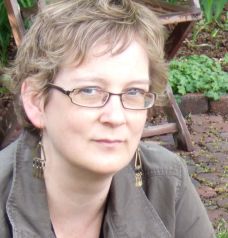 Maureen Bush is the author of five books for children: The Nexus Ring, Crow Boy, andThe Veil Weavers, in the Veil of Magic series (Coteau Books), and Feather Brain, andCursed! (Orca Books). She loves to write fantasy, playing with what might be, just as she loved to read it as a child. Learn more about Maureen and her writing at http://www.maureenbush.com

Originally from Virginia, Will J Fawley holds an MFA from George Mason University where he was Assistant Fiction Editor for Phoebe Journal of Literature and Art. His short fiction has recently appeared in Sassafras Literary Magazine and his poetry has appeared in Literati Magazine. A participant in the 2013 Sheldon Oberman Mentorship Program, he was mentored by Duncan Thornton as he worked on his first novel. Will lives and writes in Winnipeg. Learn more about Will and his writing at thewildestedge.wordpress.com. 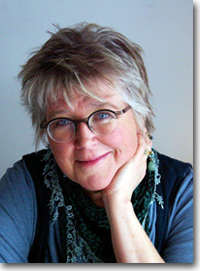 Margaret MacPherson has been writing for newspapers, journals and magazines for the last 30 years. Over the last decade, she’s also published seven books, ranging from Canadian history to award-winning novels. Margaret has an MFA from UBC in creative writing and is currently Writer-in-Residence for the Greater Edmonton area. Learn more about Margaret and her writing at margaretmacpherson.com